Yair: the Kennedy of Israel?

This article was written one year before the Israeli elections. It appears in English in the light of the actual events, with a documentary view and by it a new period of the amichay.hu magazine is opened leading to trilingualism – certain articles will appear not only in Hungarian but in English or Hebrew as well.

The news is no novelty – it was expectable, but still, the official announcement of the relative decision has been  opening the news programs since Saturday afternoon. Yair Lapid, leading journalist, the head presenter of the most popular, Friday night magazine of Channel 2 in Israel is founding a political party.

The title of this writing was born half a year ago when it just entered my mind what would happen if Yair, following the example of his father, Tommy Lapid, died in 2008, would go in for a political carreer. It was in the air that this may happen and the reigning members of he Israeli parliament took such a fright of this possibility that they have prepared a separate draft bill saying that practising journalists should be „parked” at least for half a year before becoming politicians, i.e. if a journalist wants to go in for politics, he/she has to give up all his/her earlier professional activity  at least half a year before the elections. The draft bill was introduced by Ronit Tirosh, member of  the Kadima party – and it was no mere chance, since the political appearance of Yair Lapid means the highest threat for his party. But there have been signs of fear on part of the present Prime Minister, Benjamin Netanyahu, too, when he announced the advancing of the preelection campaign of the Likud Party lead by him. According to political examinators Netanyahu is even ready to advance the parlamentary elections due in the autumn of 2013 so that he could avoid weighing himself with Lapid.

The present commentaries seem to confirm the fear of the politicians – pollsters think obtaining of 15 mandates possible (in the Israeli parliament of 120 seats) by the early beginner politician! The same was achieved by the centralist Shinui party of his father, Tommy Lapid, of Hungarian origin in the second cadance, in 2003 only. And if Yair is able to obtain such backing in the first turning, it is not impossible at all for him to become an ultimate Prime Minister soon. He has the makings of it.

The world concept of Yair – born in Tel-Aviv in 1963 – is well-known, as he has been a journalist since the age of 18 and all the relative details have been expressed in his journalism of personal tone. This standpoint, free from extremities, but expressly showing his faith in  Zionistic democrary and in  free-competition capitalism is capable of uniting the majority of the Israelis – contrary to the present triple division: Likud on the right, Labour Party on the left, and Kadima in the middle.

Such centralist attempts already occured in the past twenty-thirty years but for lack of a really consensual leader they failed.

The success of the party lead by Tommy Lapid twelve years ago proves the existing social demand, but owing to the person of the stormily outspoken Tommy it remainded divisional.

Kadima – founded by Ariel Sharon started with similar problems which have been deepened by  more pronounced disagreements between the leaders later on. It became clear-cut in the past years that a pragmatic, centralist party lead by a charismatic person is able to find good solutions for the home and foreign policy of Israel – and very probably Yair will be able to meet this social demand, if hybris does not enter his soul in the meantime. 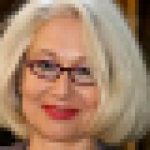